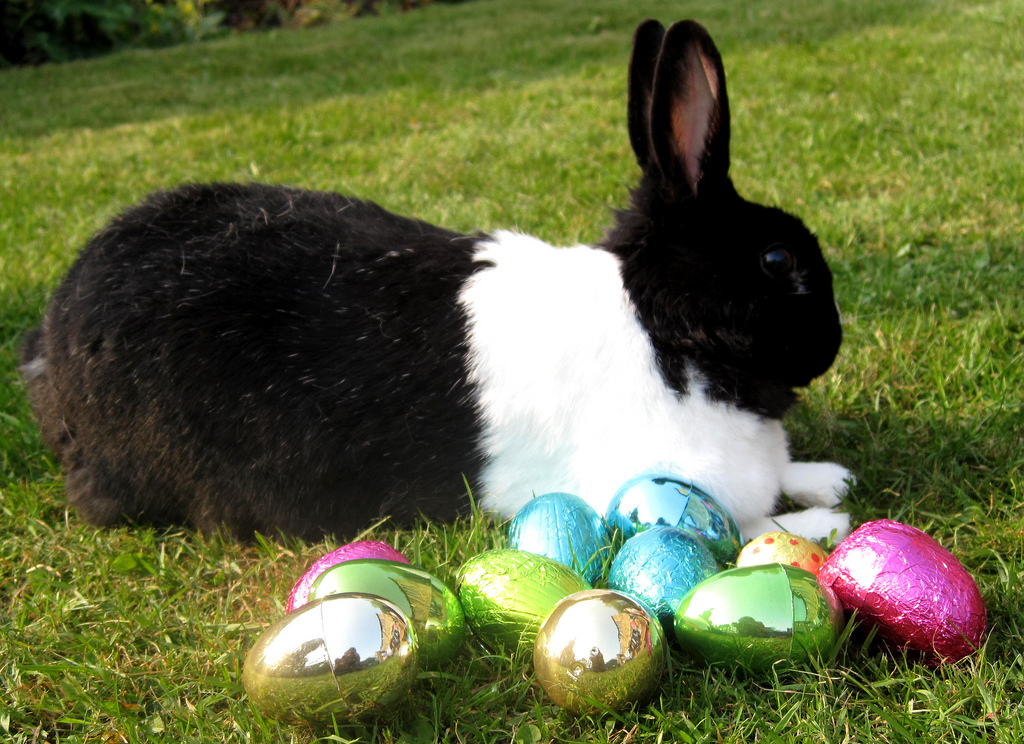 Infinity scares me.  Like a lot.  The concept that there is a forever amount of time, not only breaks my imagination but it terrifies me.

I don’t understand it.  Can’t wrap my head around it and I think that a lot of people out there are like me.  And that’s why Bunny’s lay eggs on Easter.

Let me explain.  Easter, at least for us crazy Christians, is the celebration of Jesus death and resurrection, but the death part doesn’t scare us as much as we think it does.  Death is natural.  Part of life… well the end of it anyway.

Death is something we expect to happen, like old age and taxes.  We aren’t happy about it but we’ve accepted it.

Resurrection though.  That freaks us out.  Mummies coming back to life, is the stuff of bad horror flicks, but if we are honest, we expect dead stuff to stay dead.  It shouldn’t and normally doesn’t come back to life.

So when he did…

People lost their minds and they started hiding the eggs and blaming it on the bunnies.

The idea that death wasn’t the end for Jesus, means that he rose again, which he predicted.  He also claimed to be God, and if he was… is (the existing outside the confines of time thing throws me off too) then not only does God exist but the super natural exists.  The transcendent exist.  Eternity exists.

If Jesus just died, like everybody else.  Christianity would be no big deal.  If the natural was all that existed, then we’ve got like 80 or 90 years and it’s over.  I can wrap my head around that.  Not a big deal.

But if Jesus rose, meaning that he is who he said he was, and we need to follow him in order to live for eternity.

I reserve the right to moderate comments as I see fit. I encourage spirited discussion and will not turn you away if you dissagree with me or others but play nice or I will take your toys, call you mommy, and send you home.